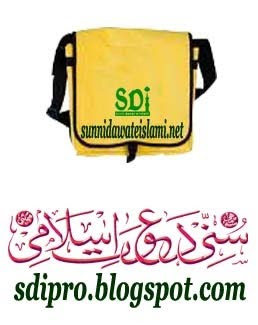 Our Master Prophet Mohammed (Sallallaho Alihiwassallam) said to his uncle (father's brother) Sayyiduna Abbass (may Allah be pleased with him) Oh uncle shall I not give you Shall I not grant you Shall I not award you Shall I not do mercy on you When you do 10 things Allah will forgive your sins: of the future and of the past; new and old; those you have forgotten and those you did knowingly; big and small; hidden and revealed. Then he (Sallallaho Alihiwassallam) explained the taught the way to pray Salatul Tasbih and then said if you can pray this salah once a day, if you can not pray once a day then every Friday, and even if this is not possible then once a month and even if this is not possible then once a year and even if this is not possible then at least once in a lifetime (Abu'Dawood & Tirimzi)
How to perform Salatul Tasbih?
This salaat (namaz) is offered in four rakat at a time and can be read in any part of the day and night besides Zawal and Sunrise and Sunset makrooh times, keeping in mind the forbidden times for performing Salat (namaaz). But is is preferred before Zuhr (Fatawa Alamgeeri)
The Tasbih to be read in Salaat-Ul-Tasbeeh:
" Subhaan Allahi Wal Hamdulillahi Wa Laa ilaha illal Laahu Wallahu Akbar "

Method:
Goal is to recite above Tasbih 300 times in Four Rakah with the following method.
In the first rakaat, after reading Sana "Subhaana Kallahumma...", read the above tasbih 15 times.

Go to sajda again saying Takbeer (Allah Hoo Akbar) and after reciting "Subhaana Rabbiyal A'la" minimum of three times read the tasbih 10 times in Sajdah again.
Get up to begin 2nd rakat saying Takbeer (Allah Hoo Akbar).
Do rakah #2 in same fashion, but before reading Bismillah "Bismillah...", and Surah Fatiha, read the tasbih 15 times. Follow the rest as you did in first Rakat.

After second Sajdah of Second Rakat sit in Qaidah Oola (first sitting) read Attahiyat, Durood and Dua then get up for 3rd rakaat without saying Salam.
Begin third Rakat, just like the first Rakat, with Sana "Subhaana Kallahumma...", read the above tasbih 15 times. Follow the rest as you did in first Rakat untill you sit for Qaidah Akihra (last sitting) after second sajdah of fourth Rakah.
In Qaidah Akihra Attahiyat, Durood, Dua finish Salah with Salam.

Special notes for Salat-Ul-Tasbih:
1) Do not count loudly. It will break Salah

2) Do not count on fingers or by holding a Bead Tasbih in hand. It is Makruh.

3) You may count by pressing the fingers as a reminder. For example if you are in Ruku. You me press pinky of your right hand first for the first count, then the finger next to it for second count, then the middle finger for third count, following this method untill you reach the pinky of left hand will give you an exact count of ten. Use the same method in Qayam, Sajdah and Jalsa.

4) If missed a count then make it up in the next posture. For example if forgot to recite Tasbih after Surah in Qayam. Then you may recite Tasbish 20 times instead of 10 in Rukuh after "Subhaana Rabbiyal Azeem". Missed Tasbih cannot be recited in Qayam after ruku and Jalsa between Sajdah. If you missed the Tasbih in Ruku then recite 20 in the first Sajdah instead of the Qayam after rukuh. Similarly if missed the Tasbih in first Sajdah then do not make it up in Jalsa. Instead recite missed tasbih in the second Sajdah. If Tasbih has been missed in last sajdah of second or fourth Rakah then you can recite the missed ones before Attahiyat in Qaidah.

6) It is preferable to recite after Surah Fatiha Sura Takathuur in the first raka', Surah Wal A'sr in the second raka', Surah Kaferoon (qul ya aiyuhal Kafiroon) in the third and Surah Akhlas (Qul hu Allah-hu ahd) in the fourth raka'. If one does not remember this surah they can recite the ones they prefer.

May Allah accept this dua' (supplication) for the sake of the trustworthy PROPHET MOHAMMED (Allah's Grace & Peace be upon him)
Posted by Unknown at 5:55 AM Links to this post