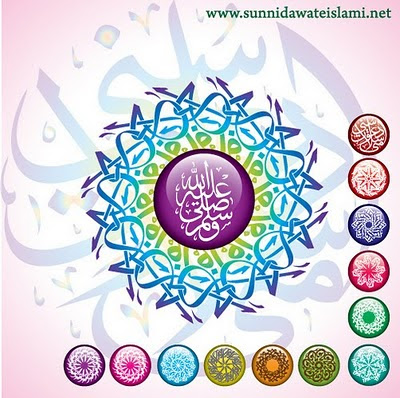 Q.26: How is it to push your beard inwards under your chin?
Ans: It is recorded in Nisai' Shareef: "One who pushes up his beard, inform him that Muhammad (sallal laahu alaihi wasallam) is disgusted with him."
Q.27: Some people have a habit to lift their pants after Ruku and then go for Sajdah. What is the law of Shari'ah concerning such a practice?
Ans: It is Makrooh. According to some Jurists, one's Salaah breaks if it is done with both hands.
Q.28: Some table-cloths have Urdu or Arabic poetry written on them. Is it permissable to eat food on such a table cloth?
Ans: No. It is not permissable!
Q.29: Was Hajj Fard on all the Prophets?
Ans: As far as Hajj being Fard on them, this Allah knows best, but various Prophets did perform Hajj. Once the noble Prophet, Sayyiduna Sulaiman (alaihis salaam) was sitting on his throne and his throne flew over the Holy Kaaba. The Holy Kaaba cried to Allah and said: "O Allah! A Prophet from Your Prophets and an army of Your armies flew over me, but did not descend on me nor did they perform Salaah in me." Almighty Allah replied: "Do not cry, I will make Hajj Fard on My servants who will hasten towards you as the bird rushes towards it's nest, and they will hasten and cry bitterly as a camel cries ardently in search of it's lost baby. I will send to you the Seal of Prophets who will be the most Beloved of all Prophets."
Q.30: Is it permissable to drink out of a container that has Quranic verses engraved on it?
Ans: Yes, it is permissable for the purposes of cure (Shifa) from sickness. Here too, one must be in Wudhu.
Q.31: Is the hair of a dog clean?
Ans: It is correct that only the saliva of a dog is unclean (na-Paak). One should not keep a dog without having a valid reason for doing so because the Angels of Mercy do not visit that house. It is recorded in an authentic Hadith Shareef that one day the Angel Jibra'il (alaihis salaam) promised the Holy Prophet (sallal laahu alaihi wasallam) to visit him the next day on a specific time. The Nabi of Allah (sallal laahu alaihi wasallam) waited on that day but he did not arrive on the promised time. Rasoolullah (sallal laahu alaihi wasallam) left his room and went outside to investigate. He found the Angel standing outside the door and hence asked him the reason for doing so. The Angel Jibra'il (alaihis salaam) replied: "The Angel of Mercy does not enter that home which has a dog or photographs." The Prophet of Allah (sallal laahu alaihi wasallam) went inside and searched all the rooms and did not find anything. A puppy then emerged from under the bed. It was removed and then the Angel entered.
Q.32: While making Qiraah in Salaah, you get confused in an Ayah. You repeat it three times, but fail to get the following Ayah. Do you have to make Sajdah-e-Sahw?
Ans: If there is a pause for more than the period of saying Subhan-Allah three times, then you must make Sajdah-e-Sahw, but not for the repetition of the Ayah three times. Not even if you repeat it a thousand times.

Q.33: Respected Sir! Is it true that to visit or see an Aalim of Deen earns you Thawaab?
Ans: Yes, the Sahih Hadith Shareef reports: "To see the face of an Aalim is Ibaadah, to see the Kaaba-tullah is Ibaadah and to look at the Holy Quran is Ibaadah."
Q.34: If a married woman is a Kaafirah (non-believer) and embraces Islam, what is she to do about her husband who is still a Kaafir?
Ans: She has to have no contact with him and wait for three monthly cycles. If her husband embraces Islam in this period (time) then she will remain in his marriage. If he does not become a Muslim, then she is free to marry another Muslim male.
Q.35: Does one get Thawaab if he feeds animals?
Ans: Yes. It is stated in the Hadith Shareef: "There is benefit in every living creature," which means that you will get blessings (Thawaab) if you comfort, feed or care for any living creature.
Q.36: Was Nabi Adam (alaihis salaam) also a Rasool?
Ans: Yes, he was.
Q.38: Then why is Nabi Noah (alaihis salaam) called the "First Rasool"?
Ans: Nabi Noah (alaihis salaam) was the first Rasool to be sent to the Kuffar (non-believers) and the Prophets that came before him were sent to the Muslims (Believers).
Posted by Unknown at 9:00 PM Links to this post 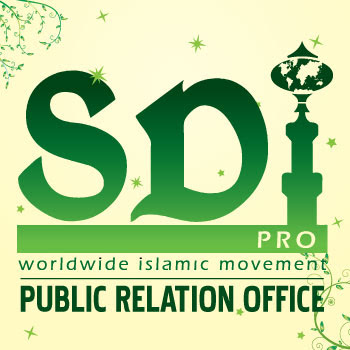 SELECTIONS FROM "AL-MALFOOZAAT" SHAREEF OF A'LA HAZRAT (RADI ALLAHU ANHU)
Q.9: Can one recite Sura Mulk while he is alive or can someone recite for him after his demise for the purpose of protection in the Qabar? And what quantity of bread must be given in charity to the poor?
Ans: Perform this virtuous act every year of your life for the purpose of Esaale Thawaab. There is no specific quantity stipulated for Sadaqa in Shari'ah, whenever possible, with clean earnings, (bread or Naan). Infact, to do it continuously and then omit it, is not a good practise.
There are numerous benefits concerning this Blessed Surah in the Ahadith Shareef. There is no other thing or virtue equivalent to the recitation of Sura Mulk for the removal of the punishment of the grave and achieving tranquillity in it. When the Angels of punishment tries from all sides in the grave to approach the reciter of this Surah, this Mubarak Surah rebukes the Angels, "Do not come close to this person because he used to recite me". The Angels will reply, "We have been sent by Him Whose Speech you are". The Surah replies, "Await until I return and do not go near this person".
This Surah Mubarak proceeds to the Divine Court in the Presence of Allah and disputes with Him in such a manner that no creation of Allah has the courage or strength to do so. So much so that there is a delay in the pardoning of the reciter and this Sacred Sura again requests to the Almighty Lord, "This person regularly recited Me and You did not forgive him. If I am not Your Words, then peel me off from your Kitaab (Quran)". Then, the Merciful Creator will reply, "Go, I have forgiven him". Surah Mulk will immediately proceed to Jannah and get silk clothes, a comfortable pillow, flowers and fragrance, and then go back to the grave. It will then console the reciter and affectionately say to him, "I hope that you did not get frightened due to My delay in returning to you!" This Sura will lay the comfortable bedding on the floor of the grave and the order will come from Allah to the Angels of Punishment to return at once.
Q.10: If a woman is sickly and has limited funds that can only suffice for herself, can she travel alone for Hajj?
Ans: It is not permissible for a female to perform Hajj without a Mahram (any male with whom marriage is not permitted).
Q.11: Some people have a habit of lifting their pants after Ruku and thereafter going into Sajdah. What is the Law of Shari'ah concerning such a practise?
Ans: It is Makrooh. According to some Jurist, one's Salaah breaks if it is done with both hand.
Q.12: What is the situation, if due to cold, one covers one's hand with a blanket or puts it into his pocket at the time of Du'a?
Ans: If I am correct, it was Hazrat Sheikh Zun Nun Misri (radi Allahu anhu) who only lifted one hand due to the cold. By an Inspiration, he was informed, "You only lifted one hand and I (Allah) have placed it in whatever I (Allah) wanted. Had you lifted the other one, I would have filled it."
Q.13: Do Du'as get accepted all the time?
Ans: It is stated in the Hadith Shareef that Almighty Allah is very Modest and Generous and, hence, very shameful if His servants lift their hands towards Him and get nothing. One who does not make Du'a to Allah, Allah becomes angry with him.
Q.14: Is there a prohibition in shaking hands at the time of departure?
Ans: No. When the Sahaba of Rasoolullah (sallal laahu alaihi wasallam) used to meet, they shook hands and when they departed, they embraced each other.
Q.15: Is embracing done on both sides or one?
Ans: It is correct on one side, but the original residents of Arab Shareef embraced on both sides.
Q.16: Is it permissable to shake hands after five daily Salaah, Jumma and both Eids?
Ans: Yes, it is permissable. In "Naseenur Riyaad" it is recorded that this is a good practise.
Q.17: Can the meat of the animal slaughtered for a child's Aqiqah be consumed by the parents, grandparents, uncles and immediate families?
Ans: Certainly! They all can consume this meat. This type of Sadaqah in which all can eat is recorded in "Uqoodud Dariyyah" that the laws of Aqiqah is the same as Qurbani.
P.S.: Many Muslims regard it as incorrect practice for Aqiqah meat to be eaten by the parent of the child or the immediate families. This is an un-Islamic practice. Such meat can be eaten.
Q.18: What is the difference between a minor sin and a major sin?
Ans: There are about 700 different types of major sins whose explanation are very lengthy. Any sin against Almighty Allah is a major sin. If you categorise the major and minor sins separately, then you will regard the minor sins lightly and this in turn will become worse than a major sin. If anyone regards a sin as light, it automatically becomes a major sin. For the purpose of differentiation and a guideline, all that is important to know is that the omission of a Fardh duty is a major sin and of a Waajib is a minor sin. If any sin is committed by fearlessness and request, it is a major sin.
Posted by Unknown at 1:22 AM Links to this post