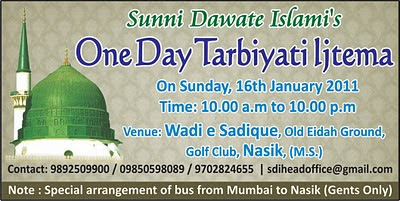 Posted by Unknown at 4:24 AM Links to this post 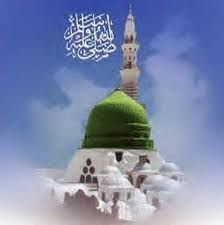 Detail Article About Noor-e-Mohammadi (Salallaho Alaihi Wasallam)
Qadi Iyad
Qadi `Iyad said in his book al-Shifa', in the chapter on the nobility of the Prophet's lineage:
" Ibn `Abbas said that the spirit of the Prophet was a light in front of Allah two thousand years before he created Adam. That light glorified Him and the angels glorified by his glorification. When Allah created Adam, he cast that light into his loins. "

Imam Hafiz Suyuti said in Manahil al-Safa (p. 53 #128):
"Ibn Abi `Umar al-`Adani relates it in his Musnad. "
[I have seen this reference myself when I went to saudi arabia last year]
In Takhrij ahadith sharh al-mawaqif (p. 32 #12) Imam Suyuti cites it with the wording:
" The Quraysh were a light in front of Allah. "

Ibn al-Qattan in his Ahkam (1:12) narrates it in the following form, although
`Abd Allah al-Ghimari in Irshad al-talib rejects the latter as a forgery:

"Ali ibn al-Husayn from his father from his grandfather said that the Prophet said:
"I was a light in front of my Lord for fourteen thousand years before He created Adam."

"`Amr ibn `Abasa said that the Prophet said: "Verily, Allah created the spirits of His servants two thousand years before He created His servants. Then whichever among them recognized each other came close, and whichever did not, stayed apart."

Imam Suyuti in Takhrij ahadith sharh al-mawaqif (p. 31 #10)
says that Ibn Mandah narrated it, while Hafiz Ibn Hajar Haytami in his Fatawa hadithiyya says that it is extremely weak.

QaDi `Iyad (Rahmatullaahi `alayh) writes a lot more about this topic and I have these quotes as well. I may post them later if neccessary.

Imam Shahrastani
Imam Shahrastani is one of the great scholars of Ahlus-Sunna in the field of `Aqeedah. His most famous book is Kitaab al-Milal wan-Nihal.
Imam Shahrastani in his Kitab al-milal wa al-nihal (2:238) said:
"The light of Muhammad went from Ibrahim to Isma`il. Then that light passed through all his children, until it arrived at `Abd al-Muttalib... and with the blessing of this light Allah repelled Abraha's harm"
(wa bibarakati dhalik al-nur dafa` allahu ta`alaa sharra Abraha).

Imam Suyuti cites the above in several of his books, such as Masalik al-hunafa' (p. 40-41), also his al-Duruj al-munifa (p. 16) and his al-Ta`zim wa al-minna (p. 55), all three of which were written to show the bases on which the Prophet's two parents are considered to be in Paradise by the majority of the scholars.

The quote of Imam Shahrastanialso shows that Allaah Ta`aalaa repelled the harm of Abraha with the blessings (barakat) of the light of the Holy Prophet - which took place even before his birth! This also refutes the phylosophies of the Wahabis/Salafis against tawassul bidh-dhaat and the Deobandies/Tableeghies against tawassul by someone far away (this is also a wahabi belief).

Shaykh Ahmad Sirhind
I have found some of the Deobandies claiming to be Mujaddidee, i.e. related to the Naqshbandi Tareeqa from Imam Rabbani Ghawth-us-Samdane Sayyiduna Mujaddid Alf-Thanee Shaykh Ahmad Sirhind . Shaykh al-Mujaddid stated his `Aqeedah in his "Maktoobaat Shareef":

"It must be known that the creation of the Holy Prophet was not the same as other humans. His blessed existance was not dependant or taken from the existance of any other. This is because, he was made from the Light of Haqq Jalla when he did not have a body.
[kamaa qaala `alayhi wa `a-la aalihiS-Salaatu was-salaam khuliqtu min noorillaahi]
He said, 'I was created from the Light of Allah.' And no one else (meaning nothing at all) ever received this gift (or blessing?)." (Maktoobaat Shareef Faarisee, v. 3, p. 191, Maktoob. 100)

The quote shows that the Holy Prophet is "noorullaah" [the light of Allah] and that his light was created first. 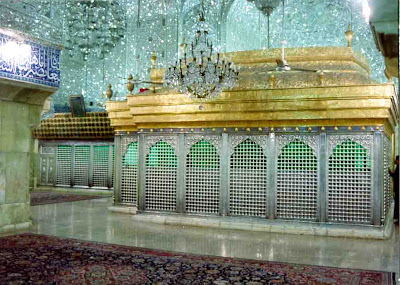 After reading the above dua, read the following dua 7 times

Muharram is the first month of the Islamic Calendar also known as the Lunar Hijri Calendar. It is recognised by the scholars and academics as one of the most sacred months in Islam. In Surah Tawba, Allah says:

Lo! the number of the months with Allah is twelve months by Allah's ordinance in the day that He created the heavens and the earth. Four of them are sacred: that is the right religion (9:36)

The holy Quran in the above verse declares four amongst the twelve months as excessively sacred. Although the holy Quran does not list the names of the months, but it is clearly mentioned in a Hadith of the Prophet, narrated by Abu Bakr (ra) that:

“There are twelve months in which 4 are sacred, the three sequential months of Dhu’l-Qa’dah, Dhu’l-Hijjah and Muharram and Rajab, which falls in between Jamad-u-thani and Sha’ban (Bukhari)”

Abu Sufiyaan (ra) narrates (Sahih Muslim) that “I heard the Prophet (Sallahu alaihi wasallam) say: “it’s the day of Ashura. Allah has not made it compulsory for you to fast. But I am fasting. He who wants to fast among you should do so. He who does not want to observe it, (does not have to) do it”. Another tradition of the Prophet (saw) narrated by ibn Abbas says: “the Prophet said: ‘If I am alive till next year, then I will surely keep fast on the 9th of Muharram’” (Sahih Muslim).

The month of Muharram is very important and respected in the opinions of great Sufis and scholars. Ghauth-e-Azam Hazrat Shaykh Abdul Qadri Jilani (ra) in his Ghunya al-Talibeen discusses the excellence of Muharram with particular reference to the day of Ashura (10th Muharram). He says “The day of Ashura possesses a very historical significance. On this day”:

Hazrat Shaykh Abdul Qadir Jilani (ra) further states certain practices, which should be followed and performed on the day of Ashura to receive maximum benefit.

• Whoever is generous towards his relatives and family on this day, Allah, the almighty will provide for him/her throughout the year.• Whoever observes fast on this, it is as if he has fasted all his life.• He who visits sick and ill people on this day, Allah, the merciful will bless him with rewards, which will not be deleted from his account.• He who feeds the hungry, gives water to the thirsty or places his hands above the head of an orphan, Allah, the ultimate Provider, will provide food for him from paradise and gift him with non-intoxicating wine (salsabil)• Those, who are suffering from sickness, illnesses, torments or health problems, should take a bath, and Allah, the Curer, will shower His mercy upon him and grant him a cure.

All the lovers and followers of the Great Shaykh Abdul Qadir Jilani, must follow his advice and attempt to receive maximum blessings and benefits from his invaluable advices and instructions.
Posted by Unknown at 12:40 AM Links to this post