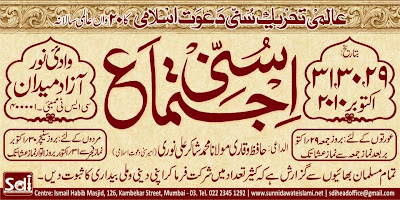 Children have a greater duty upon their mothers than their fathers.
Allah states:

“And we have emphasised man to maintain bond relations with his parents. His mother kept him in his womb with difficulty, and gave birth with difficulty and he lied in the womb and obtained (milk) for 30 months”.
In this blessed verse Allah has again mentioned the importance of parents rights and has stressed even more the rights of the mother by mentioning the tremendous difficulty of pregnancy, labour and the time after when the mother gives the child the milk (extracted from her own blood)
Also in another verse Allah states:
“And we have emphasised man concerning the rights of his parents”.
Hadhrat ‘Aisha RadiAllahu Anha states:
“I asked the Messenger upon a women who has the greatest rights’ he replied ‘Her Husband’ then I aksed ‘Upon men who has the greatest right, he said ‘his mother’.
Hadhrat Abu Hurairah RadiAllahu Anhu:
“One man came to the messenger of Allah and requested/asked, ‘O Messenger of Allah, who is the most worthy that I may have good relations with them he replied, ‘Your mother’ the man asked again, the reply was ‘Your mother’, the man asked again, the reply was ‘Your father’
In another narration by Imam Ahmed / Ibn Majah / Hakim & Baihaqi it is stated as three times the rights of the father.
However, the excess right of the mother is concerning the care and aiding of the mother. (e.g) If one son wants to give £100 to his parents and there is no one in particular need then he should give – his mother £75 and father £25 (e.g) if the parents simultaneously asked for a glass of water then first the glass should be given to the mother then the father (e.g) Not that if there is a quarrel between the parents the son should support the mother and May Allah forbid hurt the father or speak cruelly to him or be arrogant towards him – these things are all unlawful and sinful not obedience of the mother nor father.

If the mother wants the son to be arrangnat or forceful against his father and he disobeys her then she is angry – let her be unhappy – this does not enter into the rights of the mother.
It is stated in Alamgiri that “When it becomes difficult to fulfil the rights of both parents e.g. “If by fulfilling ones rights it becomes unbearable/difficult upon the other” then he should exceed more in respecting the father and exceed more (than the father) in caring/aiding his mother. E.g. if both arrived at the sons house then he should stand up in respect for his father and (if both ask) give the glass of water to the mother first”.
Posted by Unknown at 2:36 AM Links to this post 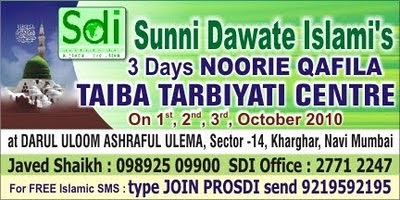 Posted by Unknown at 4:56 AM Links to this post

One who disobeys his father, disrespects him and insults him is a wrongdoer, sinner, and will be subjected to punishment in the hereafter.

If men were to stay obedient to his parents then they can be his paradise and if they are made angry then the same parents can be his Jahannam.

Until one does not please his parents (after abusing them), his obligatory (Fardh), optional (Nafl) or any action will not be accepted. Together with punishment in the hereafter, he will get torment problems in this world as well. May Allah forbid, it is feared that he will not get a chance to recite the Kalimah at the time of death.

In a third Hadith related by Hadhrat Abu Ammamah RadiAllah Anhu in Ibn Majah:
“They (parents) are your Paradise and Hell”.

In a fourth Hadith related by Hadhrat Abu Darda RadiAllah Anhu in Tirmidhi & Ibn Majah:
“The father is the most central (middle) door of all doors of Paradise, it is up to you that you may lose it or protect it”.

In a fifth Hadith reported by Hadhrat Abu ‘Umar in Nisai:
“Three people will not enter Paradise – Disobident to parents,Shameless people Women who take the appearance of men”.

In a sixth Hadith reported by Hadhrat Abu Ammama RadiAllahu Anhu in Ibn Abu Asim
“Allah does not accept the Fardh or Nafl from three people:

In a seventh Hadith it is stated stated in Tibrani/Hakim from Hadhrat Abu Bakr RadiAllahu Anhu “The punishment for all sins, if Allah wills can be suspended until the day of judgement, except the punishment for disobedience of parents – which Allah sends in this lifetime”.

It is also stated in Ahmed and Tibrani – related from Hadhrat Abdullah bin Abu Auf RadiAllah Anhu: “There was a young man who was on his death bed (in the state of Naza’) – people were encouraging him to recite the shahadah (Kalima), but he was unable to – until the Prophet entered the scene and asked him to recite the Kalima – to which he replied I cannot do so – it was then found that his mother was unhappy with him so she was brought fourth and forgave him – he then was able to recite the Shahadah”.
Posted by Unknown at 4:41 AM Links to this post