The Permissibility of Reciting Azaan at Graveside 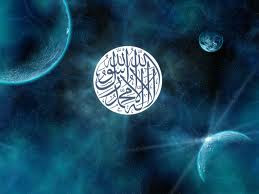 Some Scholars have stated that the recitation of the Azaan at the graveside is an act of Sunnat.

In the great volumes of Islamic Jurisprudence, it is not recorded anywhere that to recite Azaan at the graveside is prohibited by the Shari'ah. This itself is a clear indication of it's permissibility.

What are the benefits to be achieved by reciting the Azaan at the graveside, it's benefit to the reciter and to those who are listening, especially to the deceased Muslim? They are:

The person is protected from the evil or dread of the grave,

He is protected from the Fire of Hell,

The reciter helps the person in answering the questions of Munkar and Nakeer.

The person is protected from the punishment of the grave,

Since the Azaan mentions the name of the Prophet (sallal laahu alaihi wasallam) it becomes a reason for the descending of the Mercy of Almighty Allah for the deceased,

The recital eradicates fear and sorrow,

The recital is a means of bringing joy to a fellow Muslim,

It is also a means of fulfilling the beloved Sunnat of the Holy Prophet (sallal laahu alaihi wasallam),

It is a means of Praising the Almighty Allah,

It is a means of making the Du�a, which the Ahadith of the Prophet (sallal laahu alaihi wasallam) has mentioned as Ibaadah (worship).

If we do recite the Azaan at the graveside of a brother Muslim we are doing nothing but practising the blessed words of the Holy Prophet (sallal laahu alaihi wasallam) wherein he has clearly stated: "You should as much as you can be of benefit to your brother Muslim."

Those individuals who say that the Azaan should only be recited at the time of Salaah are absolutely wrong. On numerous ocassions, within the Shari'ah, it has been seen that it is considered Mustahab (desirable) to recite the Azaan when a child is born, when one is sad, anxious, etc. At no place has it been mentioned that the Azaan should not be recited at the graveside of a fellow Muslim.

It is reported that when a person is placed in the grave and about to face the two Angels, Munkar and Nakeer, at that crucial moment Shaitaan also appears with the intention of misleading and robbing that person of great spiritual bliss. When the person is being questioned, the first question being, "Who is your Lord?" At this specific moment, the Shaitaan appears and indicating to himself, he says to the person, "I am your Lord!" It is due solely to this state of affairs that it has been recommended that one should make Du'a for the deceased so that he may, through the Grace of Allah, remain steadfast when answering these crucial questions.

It is reported in the Ahadith of the Prophet (sallal laahu alaihi wasallam) that at the time of burial, the great Prophet prayed for the deceased in the following manner: "O Allah, protect him from the Satan." We know that the Shaitaan appears so we should adopt ways and means of eradicating his presence and also ways and means of protecting ourselves against him!

The Prophet Muhammad (sallal laahu alaihi wasallam) said: "When the Mu'ezzin recites the Azaan, the Shaitaan turns his back and departs as quickly as he can." (Sahih Bukhari; Sahih Muslim)

It is stated, "When the Azaan is recited, the Shaitaan runs away as far as thirty miles." (Sahih Muslim)

In some narrations it is reported that if one hears the "whispers of the Shaitaan", then he should recite the Azaan, for by doing so, he will eradicate the very presence of the Rejected One.

We see from this action of the Prophet (sallal laahu alaihi wasallam) that he recited the Takbeer (Allahu Akbar) at the grave of his beloved Companion so that he could be spared from the dangers of the grave. When we inspect the Azaan, we also find these very words in it. If we, therefore, repeat it at the graveside, we are doing nothing but following the Prophetic action. It should also be remembered that although there are a few words added in the Azaan, yet it does not alter the intention that one has, which is the pleading for Allah's mercy.

The Prophet (sallal laahu alaihi wasallam) has stated: "Teach those of your people about to leave this world the Kalima, i.e. La ilaha illal laahu." (Muslim, Abu Dawud)

We are commanded to recite the Kalima in front of a dying person so that he may save himself from the clutches of Shaitaan. The person who has just entered the grave is also in need of this help. Therefore, if we recite the Azaan at his graveside, he will not only be able to save himself from the clutches of Shaitaan, but he will also be able to answer the questions put to him by the Munkar and Nakeer.

We see that by the recitation of the Takbeer, the fires of both the worlds are lessened. It is also this same Takbeer that is found in the Azaan.

"When the Prophet (sallal laahu alaihi wasallam) (and those around him) had completed the burial of the deceased, he would stay a while at the grave side (and addressing us) he would say, 'Seek forgiveness for your brother and plead for him so that he may remain firm when questioned, and indeed he will be questioned'." (Abu Dawud, Baihaqi)

It has been stated on the legal authority of the great books of Jurisprudence like "Fathul Qadeer", "Bahrur Raa'iq", "Fatawa Alamgiri", etc. that the act of standing while at the graveside and supplicating for the deceased is an act of Sunnat. In other words, the act of Du'a has been classified as Sunnat and we know that the Azaan is also a Du'a.

We see from this Hadith that the Prophet (sallal laahu alaihi wasallam) has clearly termed the recitation of the Allahu Akbar as a Du'a, and it is this very word, which is found in the Azaan. The Azaan, therefore, now becomes a Du'a, and when it is, as it definitely is, then how can any person say that it is not permissible to recite the Azaan at a person's graveside when we have already proven to you through authentic sources that to recite the Du'a at a Muslims grave is an act of Sunnat!

The great Scholars of Islam have stated that among the ethics of the Du'a is that before each Du'a is performed, one should perform some good deed. How great and good in fact is the very recital of the Azaan? When each and every Muslim is totally aware of it's excellence, benefit and the reward achieved by reciting it, why should it not be recited at the graveside, after which the Muslims may proceed with the Du'a for the deceased!

The Holy Prophet (sallal laahu alaihi wasallam), explaining the times when the Du'a of a person is mostly accepted, said: "There are two Du'as which are not refused. One is at the moment of Azaan and the other is at the beginning of Jihad." (Abu Dawud)

In another Prophetic statement, the Holy Prophet (sallal laahu alaihi wasallam) has stated: "When the reciter recites the Azaan, (at the moment) the Doors of Jannah are opened and the Du'a is accepted."

We clearly see that at the moment of Azaan, not only is the reciter rewarded, but the Du'a after this is also accepted. Imagine the status of the Du'a made after the recital of the Azaan at the graveside!

All types of Zikrullah certainly assist the deceased Muslim within the grave. Among the considerations for the deceased person are (among others) that the Muslims should gather at his graveside, they should recite the Holy Quran and also busy themselves in the Zikr (remembrance) of the Almighty Allah. These actions are in fact a great gain to the deceased Muslim. The Azaan is also among the Zikrs of Almighty Allah, what is there, we ask you, restricting us from reciting the Azaan at a Muslim's graveside?

The person in the grave, as in a new house, feels imprisoned, experiences extreme fear and anxiety. Need we ask for more when we know of the great comfort that is to be achieved by the remembrance of the Almighty Allah by reciting the Azaan which is is indeed a form of His remembrance. If we recite the Azaan at the graveside of a brother Muslim knowing full well that he will experience peace and hope, will we not be instrumental in helping a fellow Muslim? The Prophet (sallal laahu alaihi wasallam) has said: "The Almighty Allah assists the slave as long as he (the slave) assists his fellow brother (Muslim)." (Abu Dawud; Muslim; Tirmidhi)

Hazrat Ali (radi Allahu anhu) narrates: "The Holy Prophet (sallal laahu alaihi wasallam) saw me in a state of sadness and anxiety, he remarked, 'O Ali ibn abi Taalib! I find you in a state of sadness, therefore, command a member of your household to recite in your ear the Azaan, for verily, the Azaan eradicates sorrow'." (Masnadul Firdous) We ask you, should we not bring joy to the person within the grave when we know that the recitation of the Azaan brings joy to a Muslim? The Prophet (sallal laahu alaihi wasallam) has stated that, "Indeed, the most beloved action with Almighty Allah after the Fard (compulsory) deeds, is to make a Muslim happy and joyous." (Tabraani)

Thus, we have seen that the action of reciting the Azaan at the graveside of a fellow Muslim is totally permissable and a beneficial.

OTHER INSTANCES WHERE AZAAN CAN BE GIVEN: With the exception of Namaaz, it is also Mustahab (desirable) to give Azaan in the following instances:-

To give Azaan at times of fear brings tranquillity.

During an uncontrollable fire. Insha-Allah, the fire will be quickly extinguished.

Azaan can be given in the ears of a person to remove fear and sadness.

At the birth of a child, Azaan should be given in the right ear and Iqaamah in the left ear.

Azaan can be given at the graveside to give Sukoon (tranquillity) to the deceased.

Give Azaan to cure somebody who is affected by Jinnaat or Shaitaan.

During the time of storm.

To ask for rain during drought, or to stop a heavy storm.

When lost in a forest, by giving Azaan, someone will show you your way.

Giving Azaan in your business or residence will increase Barakah (blessings).
Posted by Unknown at 3:06 AM Links to this post