THE REASON FOR THE CREATION OF MAN 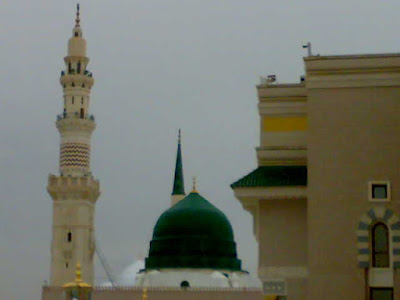 THE REASON FOR THE CREATION OF MAN

"I have not created Man and Jinn, but that they


Worship can only be performed if there is recognition. In other words, mankind and Jinn have been created to recognize the Almighty Allah. The question that arises is, what is the outcome of this recognition? It means that the more we recognize Allah, the more we worship Him.


From the above discussion we come to realize that mankind has been created to recognize Allah, and by doing so we become closer. In other words, closeness to Allah is the pinnacle of glory in the life of mankind.


By understanding this, we must examine it's connotation, it's results and it's meaning in the light of Islamic Law.


There is a Hadith-e-Qudsi found in the Sahih Bukhari explaining this: The Prophet (sallal laahu alaihi wasallam) has explained that the Almighty Allah has stated: "He who has caused enmity with My Wali (Friend), I give him declaration of war. Among those acts through which My slave achieves My closeness, the most beloved are the Fardh (Compulsory) acts. My slave also achieves My closeness through the Nafil (Optional) deeds, till I make him into My beloved. When he becomes My beloved, I become his ears through which he listens, his eyes through which he sees, his hands by which he holds, his feet by which he walks. When he pleads to Me for anything I definitely bestow it on him. When he seeks refuge in Me from any bad deed, then I definitely save him from it."


Some individuals state that only after achieving this status does the slave refrain from all bad deeds. This thought is a flagrant misinterpretation of the Tradition, for any person possessing a little common sense will tell you that after refraining from all bad deeds, does the slave achieve this status. In other words, after he has adopted piety and abstinence, does he stand any chance of becoming the beloved.


In the following verse, Almighty Allah is explaining how we can achieve His closeness. He states:

"Say (O Muhammad to them), if you love Allah follow me,


In other words, after we have adopted piety and abstinence in following the Holy Prophet (sallal laahu alaihi wasallam), will we have any chance of becoming a beloved? The slave first refrains from bad deeds and actions. He then performs the Fardh and Nafil acts continuously. Then only does he become the beloved. It is not possible for him to continue performing evil deeds and still feels he can become the beloved servant of Allah.


Imam Fakhrudeen Raazi (radi Allahu anhu) in his "Tafseer Kabeer", explains the above Hadith: "In the same manner, if the slave continuously adopts good deeds, then he indeed reaches that stage of which the Almighty Allah states that He becomes the slaves eye and ear. When the Magnificent Noor (Light) of Allah becomes the eye of the slave, then the slave perceives things near and distant. When this Light becomes the hand of the slave, then he, the slave, is then able to dispense with things easy and difficult, near and far."


We also come to realize from this explanation that the beloved slaves of Allah have been given the power to help and assist. Once we have proved this, how can we call it Shirk if we implore them for assistance? It can never be Shirk, for although the slave and the Creator can help and assist, remember that the Creator Possesses this Attribute without it being given to Him by anyone. The slave, on the other hand, possesses these attributes after it has been given to him by Almighty Allah, and we still believe that the slave is the servant of Allah and is still subservient to Him. This is the belief of all Muslims.


When we have understood and accepted this, the difference between Tauheed and Shirk becomes quite clear, yet, unfortunately, there are certain individuals who state that they believe in Allah, yet consider asking His beloved slaves for assistance as Shirk. If this indeed be their faith, then what, we ask of you, is Kufr?


It also seems to be the habit of these "believers" to relate verses meant for the Kufaar towards Muslims, perhaps they are merely following the habit of their forefathers. It is recorded in the Sahih Bukhari, that Hazrat Abdullah Ibn Omar (radi Allahu anhuma) used to despise the Khaariji sect the most. Why? Let us see. He considered them the worst of creation. He use to say that "these people have made it a practice of theirs, that whatever verse has been revealed against the idol worshippers, they relate these verses towards the Muslims."
Posted by Unknown at 11:18 PM Links to this post

DIFFERENCE BETWEEN TAUHEED AND SHIRK

THE UNITY OF ALLAH

The Being of the Almighty Allah is indeed One. It is only those who are ignorant and persist in being ignorant need an explanation on how Almighty Allah is One and is actually Present. Those who are Allah-conscious do not desire an explanation on this subject of Tauheed and Shirk. They in fact accept without questioning. There is a famous proverb in the Arabic language which is as follows:

"Objects are indeed understood by its opposites."


The Almighty Allah has in fact very clearly explained the action Shirk and Tauheed, thereby completely eradicating the concept of non-religion. It is very surprising that after explaining the differences in the concept of Tauheed and Shirk so clearly, there are still doubts in the minds of those whose sole duty it is to destroy the concept or fundamentals of unity found in Islam.

THE MEANING OF TAUHEED

The meaning of "Tauheed" is to believe that there is no Partner to Allah in His Being and in His Attributes. In other words, how Almighty Allah is, we do not believe that there is another being like Him. If any person believes on the contrary, then his belief would constitute Shirk. We should remember that the attributes of Allah, among others, include the act of Listening, Seeing and Possessing Knowledge. If any individual believes that another possesses these Attributes, he will be guilty of Shirk.

THE DIFFERENCE BETWEEN TAUHEED AND SHIRK


If this principle and law is applied to all qualities and attributes, then the question of Shirk will never arise. It is simple, yet, as we have mentioned earlier, those Muslims whose sole aim is to deprive Islam of its unity, peace and harmony, intentionally make it difficult so that the simple-minded Muslims become confused and misguided
Posted by Unknown at 9:57 PM Links to this post

WHO ARE THE AHALE SUNNAT WAL JAMAAT ?

WHO ARE THE AHLE SUNNAT WAL JAMAAT?

1. The Ahle Sunnat Wal Jamaat is the largest group of Muslims and the only group whose beliefs and teachings are truly in accordance with the Holy Quran and Sunnah of the Holy Prophet (sallal laahu alaihi wasallam).

2. The beliefs of this group are the same as the beliefs of the Sahaba or noble companions of the Holy Prophet (sallal laahu alaihi wasallam) and the Salf-e-Saliheen (our great pious predecessors).

5. The Holy Prophet (sallal laahu alaihi wasallam) said that after he passes away his Ummah should remain firmly steadfast upon his Sunnah and upon the way of his four Muslim Caliphs. He advised us to follow this path alone and to be beware of innovations, which contradict the Holy Quran and his Sunnah. (Abu Dawud; Tirmizi)

6. The Holy Prophet (sallal laahu alaihi wasallam) said: "Follow the way of the largest group of Muslims! For, he who deviates from this group will be thrown into Hell!" (Ibn Majah)

OPINION OF GREAT SCHOLARS AND SAINTS

2. Imam Ghazzali (radi Allahu anhu) writes: "The Ahle Sunnat Wal Jammat is the successful Firqah (group) and it is this Firqa which weighs or determines its thoughts and its according to the scales of the Holy Quran". (Mujarribaate Imam Ghazal)

5. Shah Abdul Aziz Muhaddith Dehlawi (radi Allahu anhu) states in his book "Fatawa Azeezi" (Vol. 2, pg. 4) that: "The various parts of the Ahle Sunnat Wal Jamaat in Aqaa'id such as the Ash'ariya, the Maaturadi, in Fiqh such as the Hanifa, the Shafi'i, the Hambali, in Tassawwaf such as the Qaaderi, the Chisti, Naqshabandi, the Suhurwardi, this servant considers all of them to be the truth".

6. Imam Rabbani, Mujaddid Alif Thaani (radi allahu anhu) states in the second chapter, page 67 of his "Maktubaat Shareef" that: "The way of salvation is followance of the Ahle Sunnat Wal Jamaat. May Almighty Allah Ta'ala bestow blessings upon the Ahle Sunnat Wal Jamaat, in their speech, in their actions, laws, for this is the successful group. Besides this, all other groups have become victims of deception. Today, nobody realises how much these misled groups will be punished, however, on the Day of Qiyamah this secret will become apparent. Even though at that time this knowledge will be of no benefit to the misled."
Posted by Unknown at 10:11 AM Links to this post