The Permissibility of Kissing the Thumbs 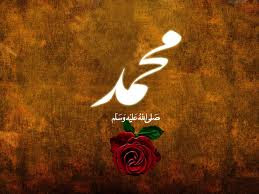 Some people say that at the time of Azaan, it is Haraam to kiss the nails of the thumbs when the name of the Holy Prophet Muhammad (sallal laahu alaihi wasallam) is uttered.

The Ahle Sunnah Wal Jama'at believes that it is permissible to read the Durood Shareef and kiss the thumbs upon hearing the name of the Holy Prophet Muhammad (sallal laahu alaihi wasallam) during the Azaan.

The Holy Prophet (sallal laahu alaihi wasallam) said, "Whosoever has touched the name Muhammad with his hands, then kissed his hand with his lips and rubbed it on his eyes, then he sill see Allah Ta'ala just as the righteous ones see and my intercession will be close to him even though he is a sinner." (An Nawafi ul Atri'aa)

Thus, this Sunnah of Hazrat Adam (alaihis salaam) became consistent in his descendants. When Hazrat Jibraeel Ameen (alaihis salaam) informed Rasoolullah (sallal laahu alaihi wasallam) of this, he said, "That person, who when hearing my name in Azaan, kisses his thumb nails and turns it over his eyes, he shall never go blind." (Tafseer Roohul Bayaan)

Sayyiduna Imam Hassan (radi Allahu anhu) said, "Whosoever hears the Mu'azzin say 'Ash Hadu Ana Muhammadur Rasoolullah' and says, 'Marhaba bi Habibi' and 'Quratu Aini Muhammad bin Abdullah' and then kisses both thumbs and keeps it on his eyes, then he will never become blind and his eyes will never be sore." (Maqaaside Husna)

It is desirable after (hearing) the first Shahaadah of Azaan, to say: "Sallal laahu alaika Ya Rasoolallah" and after hearing the second Shahaadah, to say "Qur'ratu Aini bika Ya Rasoolallah". You should then kiss the nails of your thumb and place them on the eyes and say: "Allahuma Mati'ni bis Sam'i Wal Basari" then the Holy Prophet (sallal laahu alaihi wasallam) will take such persons behind him into Jannah. (Shaami Shareef)

From these discussions it can be affirmed that kissing the thumbs and touching them with the eyes at the time of Azaan is Mustahab. It is the practice (Sunnah) of Hazrat Adam (alaihis salaam), Hazrat Abu Bakr Siddiq (radi Allahu anhu) and others. The scholars of the Shari�ah (Fuqaha), Ahadith (Muhaddiseen) and the Knowledge of the Quran (Mufassireen) all are in agreement with this issue.

This practice carries multiple benefits, some of which are:

The man who acts upon this practices and maintains it as a regular habit shall not suffer any disease or pain in his eyes.

Insha Allah, he shall not become blind at any stage of his life.

For a person who suffers from any ailment in his eyes, he should adopt this practice as a cure of his ailment. It is hoped his eyes shall become normal and healthy once again.

The person who constantly adopts this act of goodness showing his deep regard and veneration for the Holy Prophet (sallal laahu alaihi wasallam) shall be blessed and honoured with his Shafa�at on the Day of Judgment and he shall be included in the rows of the followers of the Holy Prophet (sallal laahu alaihi wasallam).
Posted by Unknown at 5:55 AM Links to this post