What is Imaan and Kufr? 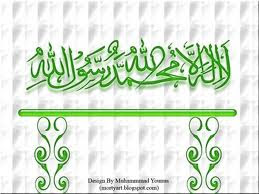 One who observes the above would be called a Muslim, that is, if any of his words, actions or conditions does not reject, insult or falsify Allah Ta�ala and His Rasool (sallal laahu alaihi wasallam).

If you reject one aspect, which you know that to believe is part of Islam, then this is Kufr. For example, to reject Qiyamat, Angels, Jannat, Dozakh, Hisab, or not to believe that Salaah, Saum, Zakaah or Hajj is Fardh (obligatory) would make one out of the folds of Islam.

It is also Kufr not to believe that the Holy Quran is the Words of Allah Ta'ala.

To insult the Holy Ka'aba, the Holy Quran, or any of the Prophets or Angels is also Kufr.

To degrade any of the Sunnats (actions of the Holy Prophet sallal laahu alaihi wasallam), to make jokes of the orders of Shari'ah (Islamic law) or to reject or suspect it untrue any known and recognised aspects of Islam is also definitely Kufr.

To be a Muslim you have to, together with faith and belief, also pledge your status as a Muslim.

One must pledge his faith unless there is a difficulty, for example, you cannot speak, or to speak would mean to lose your life or would lose a part of the body, then it is not necessary to pledge your faith with your tongue. However, it is always best and a means of great reward not to say anything against Islam even to save your life.

To perform actions that are signs of Kufr and if you perform them you will be recognised as a Kaafir. For example, to wear a "Janeo" (a sacred thread worn by Hindus), or to have a lock of hair (plats for men) the same as Buddhists have, or to wear a cross are all actions of Kufr.

WHAT ASPECTS MAKES A PERSON A MUSLIM

A Muslim must love and respect all those who are the beloved of Allah Ta�ala and His Rasool (sallal laahu alaihi wasallam) even though that person may be his enemy.

Sayyiduna Rasoolullah (sallal laahu alaihi wasallam) states: "One who loves for Allah, hates anyone because of Allah, spends for Allah and holds back for Allah, then, indeed, he has completed his Imaan."

If the person does not have the knowledge about all the religion's necessary aspect, i.e. even if he is a complete and utter illiterate, he must believe in Islam and in the Messenger of Islam (sallal laahu alaihi wasallam) and not have any beliefs against the necessary aspects of Islam (Zarooriyat-e-Deen).

Whether he cannot pray the Kalima (submission into Islam) properly he is still a Muslim and not a Kaafir. Therefore, if he misses Salaah, Saum, Hajj, etc. he will be a grave sinner, but will remain a Muslim. This is because deeds are not a part of faith.

Whatever is without doubt Haraam (forbidden) and to believe it as Halaal (allowed), and to believe something Haraam, which is no doubt Halaal, is Kufr, when there is no suspicion of a particular thing being Halaal or Haraam or the person knows this.

THE VALUE OF IMAAN

Until such a time a person does not love and respect the exalted Prophet (sallal laahu alaihi wasallam), even though that person worships all his life, his worship is fruitless and rejected.

Numerous Jogees, Monks and Hermits take to seclusion and spend their lives in the Remembrance of Allah Ta�ala. Some of them even indulge in the Zikr of "La ilaha illal lah" (There is no god but Allah), but they do not respect and love Rasoolullah (sallal laahu alaihi wasallam). What benefit is such Ibaadah? Allah Ta�ala states in the Holy Quran: "Whatever deeds they have performed, I have destroyed them all." (Para 19: Ruku 1)

THE VALIDITY OF IMAAN DEPENDS ON TWO IMPORTANT POINTS

The validity of Imaan depends on two important points:

To love him above all creation within the universe.

If, at any time, anybody shows the slightest disrespect for the station of Sayyiduna Muhammadur Rasoolullah (sallal laahu alaihi wasallam), then there must not remain an atom of love and respect for that person in your heart. It can be anybody whom you love and respect, for example, father, Ustaaz (teacher), children, brother, Murshid (Spiritual Guide), Molvi, Mufti, Hafez, lecturer, Imam, or friends, etc.

Such a person should be totally severed from family and community. His name should cause great discomfort to you. His knowledge or status should be absolutely rejected and discarded.

If you accepted or observed silence to his insult to Rasoolullah (sallal laahu alaihi wasallam), kept good friends with him, did not regard him as a wretched and mean-spirited person, you should check where you stand in the test of Imaan!

Salvation depends on the fact that every single belief of the Ahle Sunnah Wa Jamaah be so firm that one will remain firm even if the sky and the earth vanishes.

One must have great fear for his belief at all times. The Ulema of Islam state that: "One who does not fear that his Imaan may be taken away, would be stripped of his Imaan at the time of death."

Sayyiduna Umar Faruq (radi Allahu anhu) states: "If a voice calls out from the sky that all the people of the earth are forgiven but one, I would fear that the one would be me, and if the voice calls out that all the people on earth are dwellers of Hell but one, I will hope that the one be me." The status of "Khouf" (Fear) and "Raja" (Hope) must have a balance as displayed by Sayyiduna Umar Faruq (radi Allahu anhu).

WHAT IS SHIRK - POLYTHEISM

Except for Kufr, all other sins are at the will of Allah Ta'ala. Whatever He wishes, He will forgive.

A Muslim does not become a Kaafir if he commits a large sin, but remains a Muslim. If he dies without performing repentance then he will still obtain Jannah, whether it will be after fulfilling his punishment or gaining forgiveness. This forgiveness may be obtained at the Mercy of Allah Ta�ala�s will or from the intercession of the Holy Prophet (sallal laahu alaihi wasallam).

THE ORDER OF SOMEONE ASKING FOR FORGIVENESS FOR AN INFIDEL

Whoever performs a prayer of forgiveness for a dead Kaafir, or calls a Kaafir as one who is forgiven or a Jannatee, or if someone calls a dead Hindu a "Bekanth Baashi" (Jannatee), are themselves Kaafirs.
Posted by Unknown at 3:58 AM Links to this post