HISTORY OF THE MEELAD SHAREEF 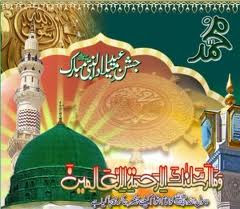 HISTORY OF THE MEELAD SHAREEF

The beginning of the celebration of the Meelad Shareef in its present form lies with the ruler of Irbil, Sultan Muzaffar whose full name is Abu Said Kukabri Ibn Zain al-Din Ali Ibn Baktagin, who is counted among the great Sultans and generous leaders. He was responsible for many other noble works as well. Among the many monuments set up by him was the Jami Muzaffari, which he had constructed near Mount Tasiyun.

Ibn Kathir (radi Allahu anhu) writes about Sultan Muzaffar as follows: "Sultan Muzaffar used to arrange the celebration of the Meelad Shareef with due honour, glory, dignity and grandeur. In this connection, he used to organise a magnificent festival. He was a pure-hearted, brave and wise Alim and a just ruler. May Allah shower His Mercy on him and grant him an exalted status. Sheikh Abu al-Khattab Ibn Dhiyah also wrote a book for him on the Meelad Shareef entitled 'al-Tanwir fi Mawlid al-Bashir al-Nadhir' (Enlightenment on the Birthday of the Bearer of Good News, the Warner). For this book Sultan Muzaffar awarded him a gift of one thousand dinars. Sultan Muzaffar remained the ruler until his death, which occurred in 630 A.H. in the city of 'Akka when he had the Europeans under seige. In short he was a man of piety and noble disposition".

Sibt Ibn al-Jauzi (radi Allahu anhu) wrote in "Mir'at al-Zaman" that one participant in the Meelad Shareef organised by Sultan Muzaffar states that on the royal table-spread were laid out five hundred prepared goats, ten thousand chickens, one hundred thousand earthen tumblers and thirty thousand baskets of sweet fruits. He further writes that eminent pious Ulama and illustrious Sufis used to attend the Meelad Shareef ceremony held by the Sultan, who used to honour them with robes of distinction and royal favour. For the Sufis there used to be a Mahfil-e-Sama from Zuhr until Fajr, in which the Sultan himself used to participate and derive ecstasy there-from together with the Sufis. Every year his expenditure on the Meelad Shareef amounted to three hundred thousand dinars. For those coming from outside (the city) he had a special guest house commissioned, where people from all walks of life used to come from different places and without any discrimination of status. The expenditure of that guest house used to be one hundred thousand dinars annually.

Similarly, he used to spend two hundred thousand dinars annually to ransom Muslim prisoners-of-war from the Europeans. Also for the maintenance of the two Harams and for providing water along the routes in Hijaz (for pilgrims), he used to spend three thousand dinars annually. These are in addition to the Sadaqat and charity that used to be given secretly. His wife, Rabi'ah Khatoon Bint Ayyub, the sister of Sultan Nasir Salahuddin narrates that her husband used to wear a garment (Qamis) of coarse cotton costing no more than five dirhams. She says that she once rebuked him for this, upon which he replied that his wearing a five-dirham garment and spending the rest of the money in charity is far better than wearing a costly garment and giving a poor or indigent person mere good wishes.

THE FIRST BOOK ON THE MEELAD SHAREEF

Ibn Khallikan wrote in the biographical sketch of Hafiz Abu al-Khattab Ibn Dihyah: "He was one of the pious Ulama and famous scholars. He travelled from Morocco to Syria and Iraq. In the year 654 A.H. he passed through the area of Irbil, where he saw that its ruler, the eminent Sultan Muzaffar al-Din Ibn Zainal-Din arranged for celebrating the Birthday of the Prophet. So he wrote the book 'Kitab al-Tanwir fi Mawlid al-Bashir al-Nadhir' for the Sultan and himself read it out to him.I myself heard the book read out in six sittings at the Sultan's place in 625 A.H."

Sheikh Tajuddin Umar Ibn Ali al-Khumi al-Iskandari, well known as al-Fakihani, has claimed that the Meelad Shareef is a reprehensible Bid'ah (innovation). In this regard, he wrote an essay entitled "al-Mawrid fi-l-Kalam ala-l-Mawlid" (The origin in Discussion about the Birthday of the Prophet).

REFUTATION OF THE FOREGOING ESSAY

Now consider may discussion on what al-Fakihani has said in this brief essay.

In connection with this statement that he could not find any basis for the Meelad Shareef in the Quran and the Sunnah, our submission is that the negation of the knowledge of a thing does not necessarily imply the negation of the existence of that thing (i.e. someone not having knowledge of a thing does not necessarily mean that that thing does not in reality exist). The Imam of the Huffaz, Abdul Fadl Ahmad Ibn Hajar (radi Allahu anhu) has extracted a basis for the Meelad Shareef from the Sunnah. One more basis I have extracted, which will be mentioned later.

Al-Fakihani has stated that the Meelad Shareef is an innovation invented by useless and idle people, who are slaves of their stomachs and on whom the lower desires of the Nafs predominate.Further, having explained the different kinds of rules he stated that it is neither Wajib, nor Mandub, since neither did the Shari'ah demand it nor did the Sahabah, the Tabi'un and the Ulama of the early generations celebrate it. In this connection we say, as stated earlier, that it was a just Sultan who was an Alim who started the Meelad Shareef with the objective of obtaining nearness to Allah. There were many Ulama and pious people with him, yet none of them deemed it reprehensible. On the contrary, Ibn Dihyah (such an eminent Alim of that time) liked the celebration of the Meelad Shareef, and wrote a book for the Sultan on this subject (as mentioned earlier). These were all Ulama of the earlier generations who liked the Meelad Shareef, who supported and confirmed it and did not criticise or refute it. (This is itself a self-evident proof that al-Fakihani's allegations are wrong).

Then there remains his statement that the Meelad Shareef is not even Mandub in reality, which the Shari'ah has demanded. In this regard our submission is that the demand of the Shari'ah is known sometimes through a Nass (an explicit textual statement in the Quran or in the Hadith literature) and sometimes through Qiyas (analogical deduction). For the Meelad Shareef, although no Nass is to be found, yet from those two bases in the Sunnah which are mentioned further on, Qiyas can definitely be made (i.e., when Qiyas is applied on those two bases the commendability – being Mandub – of the Meelad Shareef can be realised).

His statement that the Meelad Shareef can also not be Mubah because the Ijma' of the followers of Islam is that anything that is a Bid'ah (innovation) in religion cannot be Mubah, is one that is not accepted. This is because Bid'ah (innovations) are not classified only as Haraam or Makruh, but they can also be Mubah as well as Mandub or Wajib.

Imam al-Nawawi (radi Allahu anhu) says in "Tahdhib al-Asma wal Lugat": "Bid'ah in the Shari'ah is the invention of that which was not there in the period of the Messenger of Allah, and it is divided into two categories, Hasanah (or good) and Qabihah (or evil)."

After this he went on to give examples of the five kinds of Bid'ah and wrote: "As for Bid'ah that is Mandub, its examples are the setting up of inns and educational institutions and very good action which was not there in the first age. Among the latter are Tarawih, discussion on the intricacies of Tasawwuf and debates. And among these is the convening of assemblies for deduction of laws in connection with problems providing that the motive thereof is to seek the pleasure of Allah Ta'ala".

Al-Baihaqi (radi Allahu anhu) in "Manaqib al-Shafi'i" has transmitted with his isnad (chain of narrators) from Imam al-Shafi'i (radi Allahu anhu) himself, that he said: "The new things that are brought about are of two kinds. One kind is that which is brought about, inconsistent with something in the Quran or the Sunnah or with some Athar or some Ijma'. This is the category of Bid'ah Dalalah (heretic innovation). The second kind is that which is brought about from good things which are not inconsistent with any of the above".

Umar (radi Allahu anhu) did say about standing in prayer in the month of Ramadaan, "What a good Bid'ah this is!" meaning that this is a new thing which was not there before and being a new thing it does not contradict anything that went before.

THE BID'AH THAT IS MANDUB

This refutes al-Fakihani's statement that the Meelad Shareef cannot also be Mubah. But on the contrary it is a Bid'ah that is Makruh.This is because the Meelad Shareef is of that category of new matters which involve no inconsistency with anything in the Quran or the Sunnah, or with any Athar or Ijma'. Thus, this is not blameworthy (i.e. from the point of view of the Shari'ah, there is no evil in it), as in the statement of Imam al-Shafi'i (radi Allahu anhu) and it is a good action which, even though (in its present form) was not done in the first age, was brought about afterwards.

In connection with the second manner al-Fakihani has described and criticised, his criticism is in itself correct. There is no doubt that the assembly (mahfil) is Haraam where men, women, youths and little boys are freely mixed, and which there is dancing and music, with musical instruments in busy use, or where women assemble separately and sing in raised voices. But this does not mean that to arrange for the Meelad Shareef has been deemed Haraam. On the contrary, in the above instances the reason for their being Haraam is not assembling to celebrate the Meelad Shareef but is due to those things which are Haraam in the Shari'ah and have become mixed with the blessed assembly. (And if these things are not indulged in, then the Meelad Shareef would be as assembly for remembering Muhammad Mustafa - sallal laahu alaihi wasallam - and would thus be full of goodness and blessings).

Similarly, we say in connection with the celebration of the Meelad Shareef that the assembly is itself Mandub (commendable) and an act of virtue, but the above mentioned kinds of other actions, which have become mixed with it, are blameworthy and unlawful.
Posted by Unknown at 5:38 AM Links to this post